In this Photoshop tutorial, we'll look at how to quickly and easily add a soft focus and glow effect to a photo, which also happens to do a nice job of boosting the image's contrast and color saturation. I've been using this technique with my photos for years and it's still just as popular today. Whether you're a wedding photographer, nature photographer or you simply enjoy taking photos of family and friends, give this effect a try and see if it doesn't make your images look a bit more magical.

Here's the photo I'll be working with in this tutorial: 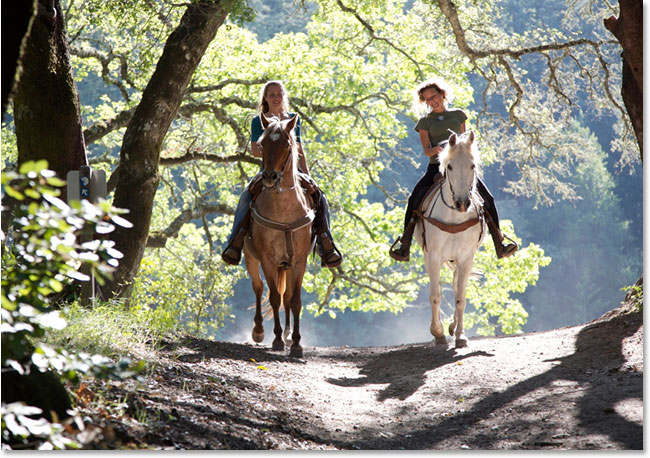 And here's how it will look after adding our soft glow: 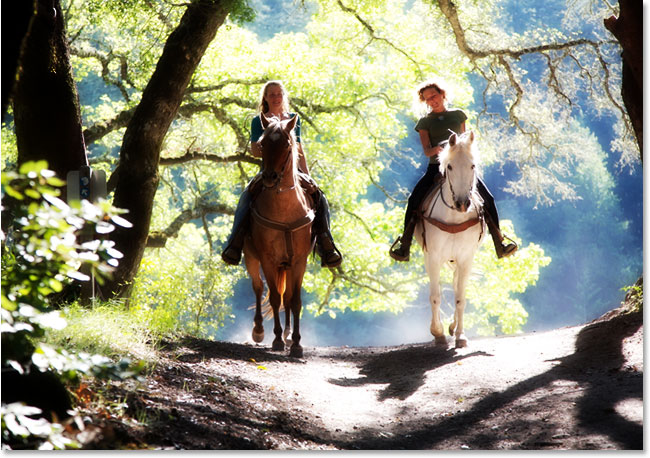 With our image newly opened in Photoshop, we can see if we look in our Layers palette that we currently have one layer which is the Background layer. The Background layer is the layer that contains our original image:

We need to duplicate this layer, and the easiest way to do that is by using the keyboard shortcut Ctrl+J (Win) / Command+J (Mac). If we look again in our Layers palette, we can see that we now have two layers - the Background layer on the bottom and a copy of the Background layer, which Photoshop has automatically named "Layer 1", above it:

With "Layer 1" selected in the Layers palette (the currently selected layer is highlighted in blue), go up to the Blend Mode option in the top left corner of the Layers palette. It's the drop-down box that's currently set to "Normal". Click on the down-pointing arrow and select the Overlay blend mode from the list:

Changing the blend mode of "Layer 1" to "Overlay".

If you recall from our Five Essential Blend Modes For Photo Editing tutorial, the Overlay blend mode is part of the Contrast group of blend modes because it boosts image contrast, and it also tends to boost color saturation as well. If we look at our image now after changing the blend mode to Overlay, we can see that sure enough, the contrast and color saturation have both been increased dramatically: 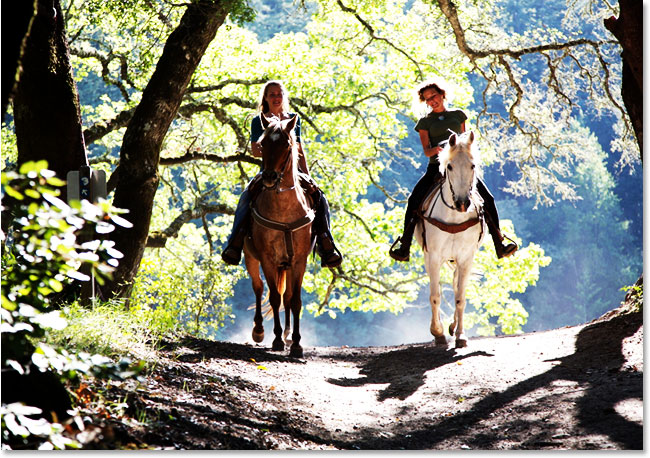 The image after changing the blend mode of "Layer 1" to "Overlay".

Believe it or not, we're almost done! We can now add our soft focus / glow effect to the photo. With "Layer 1" still selected, go up to the Filter menu at the top of the screen, choose Blur, and then choose Gaussian Blur. This brings up Photoshop's Gaussian Blur dialog box. 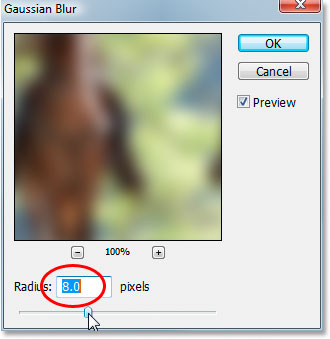 Dragging the slider at the bottom of the Gaussian Blur dialog box to set the Radius value.

When you're happy with the effect, click OK to exit out of the dialog box, and you're done! Here's my photo after applying the Gaussian Blur:

If you find that the effect appears too strong, try lowering the Opacity of "Layer 1". You'll find the Opacity option in the top right corner of the Layers palette directly across from the Blend Mode option. Here I'm lowering the opacity to around 60%:

Lowering the opacity of "Layer 1" to reduce the intensity of the effect. 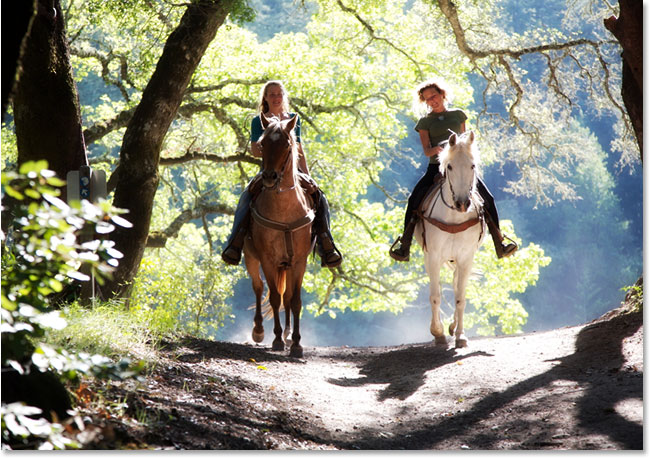 The image after lowering the opacity of "Layer 1".

Another easy way to reduce the intensity of the effect is to change the blend mode of "Layer 1" from "Overlay" to Soft Light:

Changing the blend mode of "Layer 1" to "Soft Light".

The Soft Light blend mode is also part of the Contrast group of blend modes, but its effect is much more subtle than what the Overlay blend mode gives us: 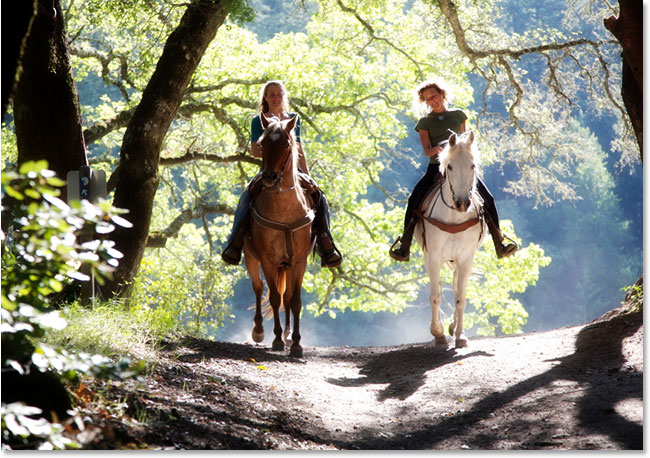 The image after changing the blend mode of "Layer 1" to "Soft Light".

And there we have it! That's how easy it is to add a soft focus and glow effect to an image with Photoshop! Visit our Photo Effects section for more Photoshop effects tutorials!